A Story About the Catalyst Code

I read this book sometime ago, but was reminded of it recently when talking with a client. I was reminded of it again today when the same client told me he had taken my advice and read it! He pointed to his desk and said “can’t you see all my notes?” On his desk were stacks of notes, diagrams, printouts and calculations and he I could see his renewed belief in online advertising and interactive marketing.

My client, we’ll call him Steve (not his real name), is part owner of a staffing firm. They have a relatively simple business model. They have a range of companies as clients and they provide qualified people for these companies to hire. This could be for temporary positions, temp to hire or recruiting for permanent positions. Steve has been one of my clients for some time now, we help them with optimizing their website, some PayPerClick advertising, social media, website as well as other things.

His company has been around for about 20 years and has had the same challenges as many companies in staffing of that age. Speaking of age Steve is in his forties and although very progressive didn’t grow up with the internet like many younger generations. So, even though Steve and I have a pretty good relationship and he respects my opinion and ability, for a long time he didn’t have the buy in to really move forward and make online marketing a priority.

We have been monitoring and evaluating the analytics on Steve’s company website and slowly Steve saw the website producing job orders (Job order = companies requesting candidates they need to staff positions). Even without putting much effort into to the website.

You’re probably now wondering what this has to do with the book the Catalyst Code. Well, there were a few events working together here, but let me start by explaining a bit about the book. The main theme of the book is creating a business model that is two sided. On one side you have a group that has something of value and on the other side you have a group that wants the product, service or thing of value. The idea is to position your company in the middle as the vessel or catalyst that brings the two groups together.

There are some great examples of this in the web companies Amazon, eBay and Google. These examples are maybe some of the easiest to understand the concept and possibly the best example is eBay. Most people understand eBay’s model. On one side you have people who want to sell stuff and make a bit of money and on the other side are people who want to buy stuff at a good price. Put eBay in the middle to make it happen and you have a two sided business with eBay as the catalyst.

“How does this apply to Steve and the staffing firm?” You ask. If your not an internet company creating a software platform how do you create a two sided business? Like I said there were a few things working here. Steve saw a sales person that they were paying X amount of dollars that was being outsold by a web presence that was costing a fraction of the cost of the sales person. Now, enter Catalyst Code.

The book gives some good examples of companies much older than the internet itself: Diners Club, Visa/Mastercard. For example, Diners Club allowed customers to eat out now and pay for it later. Restaurants who accepted Diners Club knew they would attract those with Diners Club cards and have a guaranteed payment. I think this helps none tech companies understand they can use this model too.

Apply the idea of two business to staffing companies. They have companies that need quality people and they don’t have the time or resources to sift through all resumes they received from posting on a job board like Monster (another catalyst by the way) on one side. Then on the other side quality applicants getting lost in the piles of resumes going to these companies. Suddenly clicks. A staffing agency is a two way business! Is your business two-sided?

What’s the fastest and most efficient way to get to and interact with people. The internet! And in Steve’s case this was shown when comparing the sales person to the web presence. So, how do you take advantage of this? SEO, PayPerClick, Social Media Marketing

Want to read the book? Buy it from Amazon: Our founder, Bryan Coe, was recently featured in another podcast where he discussed how to leverage analytics, Google Tag Manager (GTM). The podcast was hosted What is the heart of your online digital presence? Your website! Here are 6 best practices for onsite SEO to secure your foundation. Meta tags: 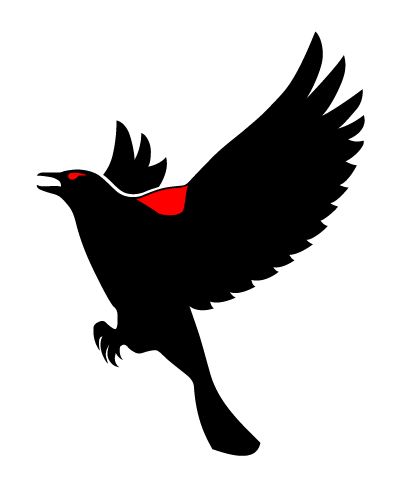